Help My Teen Who is Constantly Getting Into Fights

When teens get the reputation of being a troublemaker in school, parents know how hard it is to change that reputation. Fighting or using other negative physical and... 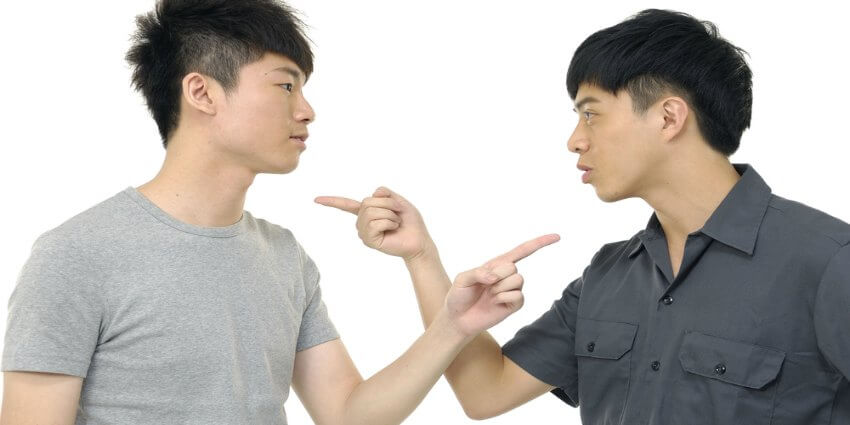 When teens get the reputation of being a troublemaker in school, parents know how hard it is to change that reputation. Fighting or using other negative physical and verbal behavior is a bad coping skill. Teens cope with stress differently, and most of their coping skills are learned from home. If your teen is coping poorly with stress and frustration and tends to lash out at people around him, it becomes an issue that parents need to deal with immediately. What can parents do when their teen constantly gets into fights at home and in school?

Problem-solving is a skill. The more skilled you are at solving problems, the better you get at handling stress, frustration, and the resulting aggression from them. Talk to your teen and walk him through other ways to approach the problem. Ask questions that reveal whether there is something that could be done to remedy the situation, or whether it is wiser to step back rather than engage other people in a fight.

“There is No Excuse for Abuse”

Learn it. Live it. Let this be the guiding principle by which your children learn how to effectively communicate their feelings. Teens that constantly get into fights always have an excuse to vent out their anger negatively. The term “abuse” refers not just to physical abuse but to verbal abuse as well. Write this down, put this on your refrigerator door, put this in your children’s room, and often refer to it when your children begin to make excuses for being abusive. This helps them remember and take to heart the fact that any kind of violence is not tolerated at home. If it’s not tolerated at home, there’s no reason to believe that this could be tolerated outside the home.

No matter how they are provoked, teach your teen that there are better ways to react than to get into fights.

It’s also very important for parents to teach their teen's accountability through consequences. When parents set the limits for their children, consequences make sure that children try their best to stay within the limits you set for them. For violent teens, being held responsible for their actions no matter what kind of provocation they got is important.

Parents are often very protective of their children, especially when it comes to dealing with how their children are treated in school. While it’s important to listen to the issues at school and learn why your teen felt like the only way he/she can react is through fighting, it’s also important to approach the matter with an open mind. It’s hard to accept when your teen is at fault, but shielding your teen from the consequences of his or her actions is going to be detrimental to their well-being in the long run. It’s important for angry teens to know that there are consequences to their bad decisions, no matter who pushed them to make those decisions.

When dealing with teen aggression, it’s also important to find out what is causing your teen to behave that way. There could be many factors. Parents should monitor the media that teens are exposed to at home. Violent music, movies, TV shows, or even games can glamorize abuse and violence or desensitize children to their effects.

It’s also possible that aggressive teens are also exposed to aggression whether directly or indirectly. Take a good look at the home environment and see if there are changes that need to be made in order for teens not to subconsciously accept the aggressive behavior as a normal way of life. Talk to your teen or his/her teachers to find out if he/she is being bullied at school. Taking your teen out of a toxic environment can do a lot in terms of calming down their emotions and accepting a new norm in their lifestyle; that of effective communication, compromise, and mutual respect.