My Teenage Daughter is Promiscuous and Sleeping with Older Men

Tackling (and talking about) issues around teen sexual maturation is a difficult topic for most parents. It’s hard for many parents to see their children as sexual... 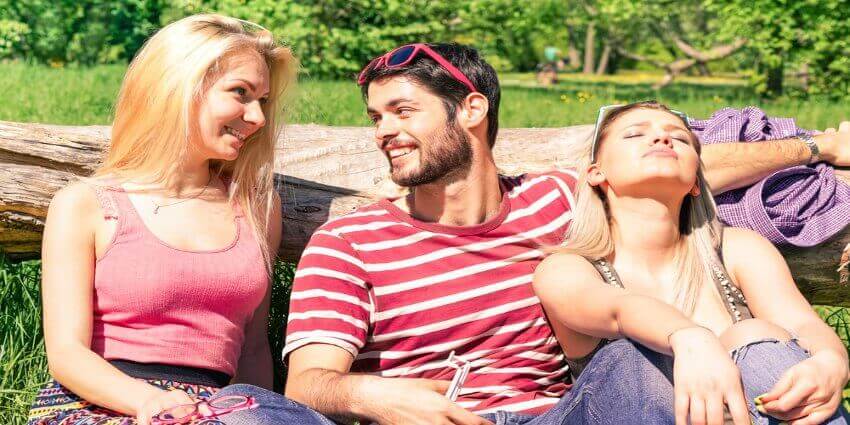 Tackling (and talking about) issues around teen sexual maturation is a difficult topic for most parents. It’s hard for many parents to see their children as sexual individuals who are moving towards an age where they are making their own choices with their bodies.

Dealing with your teenage daughter being promiscuous with teens her age is one problem, but dealing with your daughter sleeping with older men is another problem altogether. There are legal implications that cannot be ignored in such cases and parents need to exercise their parental authority with decisiveness.

Promiscuous girls who sleep with or who are having sexual affairs with older men are victims of statutory rape. Even if your daughter insists that it’s consensual, there’s a reason that laws prescribe an “age of consent”. Laws against statutory rape were put in place based on the premise that until the age of consent, young people do not yet possess the ability to make informed and mature choices about sex. Such laws protect minors from being manipulated into having a sexual relationship with somebody older than them, who are not their equal psychologically, socially, and economically. The law aims to prevent older individuals from using their position of power to seduce minors.

Parents who find out that older men are having sex with their teenage daughters need no excuse to call the police on these people. Even if their daughters insist that they are in love or that she did it willingly, the older person is still accountable by law for what happened between them.

How to Handle Promiscuous Teenage Girls

At the heart of the issue of teen promiscuity is the fact that more often than not, promiscuous girls have self-esteem issues. Teenage promiscuity is a risky behavior that needs to be addressed, but like many issues that come with transitioning from adolescence to adulthood, excessive parental restriction often makes the problem worse. To the frustration of many parents, the more drastic measures they take to make their teenage daughters stop sleeping around, the more they act out. An overly controlling reaction to sexual promiscuity doesn’t help at all, but parental engagement could help your teen make better decisions when it comes to their bodies.

Young women face a lot of pressure these days mostly because of the false idea of beauty perpetuated by the media. Young women end up wanting to be ridiculously thin or wanting their skin color to look a certain way instead of embracing their own identity and developing a healthy self-image. So many teenage girls fall to the trap that for them to be considered beautiful or pretty, they have to be sexually desired by others. Being promiscuous feeds their need for approval while at the same time doing severe damage to their self-esteem.

Parents must face the fact that as their teenage daughters mature, they will make their own decisions about sex. The best that they can do is to make sure that their teens have a healthy self-esteem and are capable to make responsible decisions.

Parents must also take the time to listen to their teens and really establish an atmosphere of openness at home. Teens need to know that they can talk to their parents about what’s happening in school and why they feel they need to have sex at such a young age. If parents are willing to patiently listen, they can find out the heart of the matter and will be more capable of helping their teens look at themselves differently.

In cases where teens refuse to talk or listen to their parents and their reckless sexual activities puts them in great danger, parents can also seek help through family therapy. Perhaps spending some time in a therapeutic boarding school can be helpful for promiscuous girls to develop a healthier self-esteem as well as take them out of an environment where they can engage in dangerous sexual activities.

With therapy and lots of love and support from family members, young girls can begin to be emotionally stronger.