On the other side of the coin, there are parents who do not know what the difference is between moody, argumentative teens and teens with oppositional defiant disorder.... 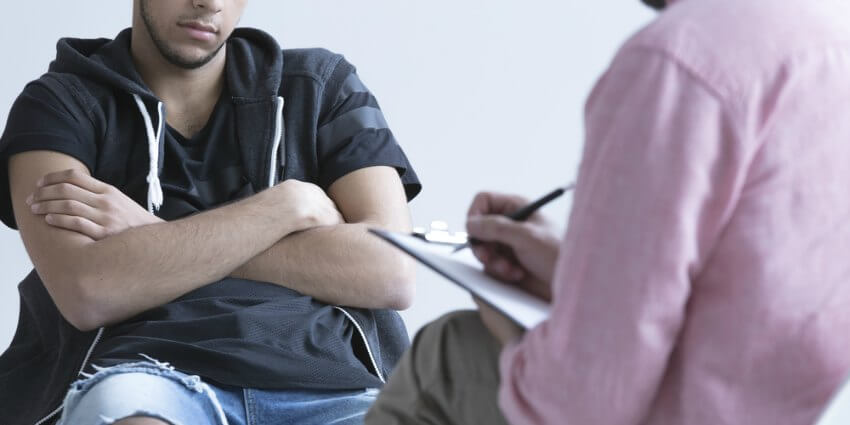 On the other side of the coin, there are parents who do not know what the difference is between moody, argumentative teens and teens with oppositional defiant disorder. Unfortunately, these parents go through the stress of parenting children with ODD alone when they can get the help of child development experts or therapists to guide them and their children through this.

It’s best to recognize the symptoms of Oppositional Defiant Disorder in children or teens while early to avoid stress in the family, and to keep the teen out of trouble because of the symptoms. The main difference of teens with ODD from teens who are just being moody or argumentative is that they usually have a persistent pattern of defiance, disruption, negativity, hostility, disobedience or aggression towards authority figures.

They may always be picking fights, engaging people in arguments needlessly, or throwing tantrums regularly. For the symptoms to be qualified as that of ODD, a child must have it for over six months, and the symptoms must be consistent.

Other symptoms of ODD in children and teens include showing spitefulness and vindictiveness towards others, easily annoyed, loves to deliberately annoy people, have difficulties keeping friendships, and others. They lose their tempers a lot, make a big deal out of complying to adults’ simple requests

It’s important for ODD teens and children to undergo therapy and further psychological evaluation. ODD usually comes with other behavioral/mental health issues such as depression, ADHD/ADD, and others. Teens and children with ODD often have problems relating with other people their age. They usually suffer from difficult peer relationships which can severely hamper their long-term development.

Parents who are concerned about the behavior of their teens and children should immediately consult their family physician to know if it’s time to visit a psychiatrist or a behavioral expert. The earlier ODD (and other related behavioral disorders) are treated, the better. It makes building positive family interactions and experiences easier, while there’s not much damage done by the disorder yet.

Other adults in the life of ODD teens and children will also benefit from early intervention. Having a child with ODD in a home or in a class quickly changes the environment from being conducive to loving and learning to an environment

What causes ODD in children?

While there are certain things that increase the risk of developing ODD, researchers remain inconclusive about what exactly causes this disorder. Children who are naturally strong-willed, those who underwent a lot of stress in their lives, those who were subjected to aggression, harsh discipline, bullying, neglect, or other types of abuse may increase the likelihood of developing ODD.

Children who lack parental supervision, who grow up with parents who have troubled marriages, or growing up in an unstable family may also be risk factors to ODD. Lack of serotonin or other chemical imbalances could also result to ODD in children and teens ODD may also be an indication of substance abuse, so it’s good for parents to look for other symptoms that point to this.

Possible Treatments for Oppositional Defiant Disorder in Children and Teens

The process of understanding what oppositional defiant disorder in children and teens mean and how to properly handle it can be tough on any parent. It’s important to show love and patience towards ODD kids, and that they feel accepted despite their challenges.